New data reveals the number of babies being born in the US is at the lowest level it’s ever been. And it’s continuing to decline.

Experts are now worried this could result in a ‘demographic time bomb’ – when fertility rates decrease while longevity increases, reducing the workforce and stunting the economy.

A new report from the National Vital Statistics System has revealed that fewer American women are giving birth each year.

The reason for this?

Gynecologist Dr. Eve Feinberg says that women are waiting later in life to have their first child.

“People overestimate the success of fertility treatment,” Dr. Feinberg tells Insider. “While it is successful, it has limitations at older ages.”

Teen child birth rates have also declined by 7% for those ages between 15 and 19.

“Many of the reasons people are having children later are good and reasonable,” Johnathan V. Last, author of the book What to Expect When No One is Expecting, told CNA.

“Look at the drop in fertility among 20-24 year-olds: that’s in large part down to the number of people now attending college, and people just don’t tend to get married and start families while they are in college.” 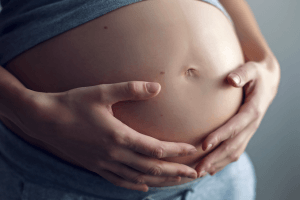 What’s more, it’s believed this low birth rate could also be influenced by women ditching the contraceptive pill in favour of contraceptive devices, which are more protective.

“The causes of lower fertility are incredibly complicated, and there is no obvious or simple mechanism for moving those numbers in the other direction,” adds Last. “It isn’t a matter of simply pushing button A and pulling lever X, it’s everything.

“If your worldview is primarily formed around personal fulfillment and self-actualization, where is the incentive to have a family? You might have one child for the experience, but not two or three or four.”