Having regular sex could lead to a delay in the onset of menopause, a new study suggests. 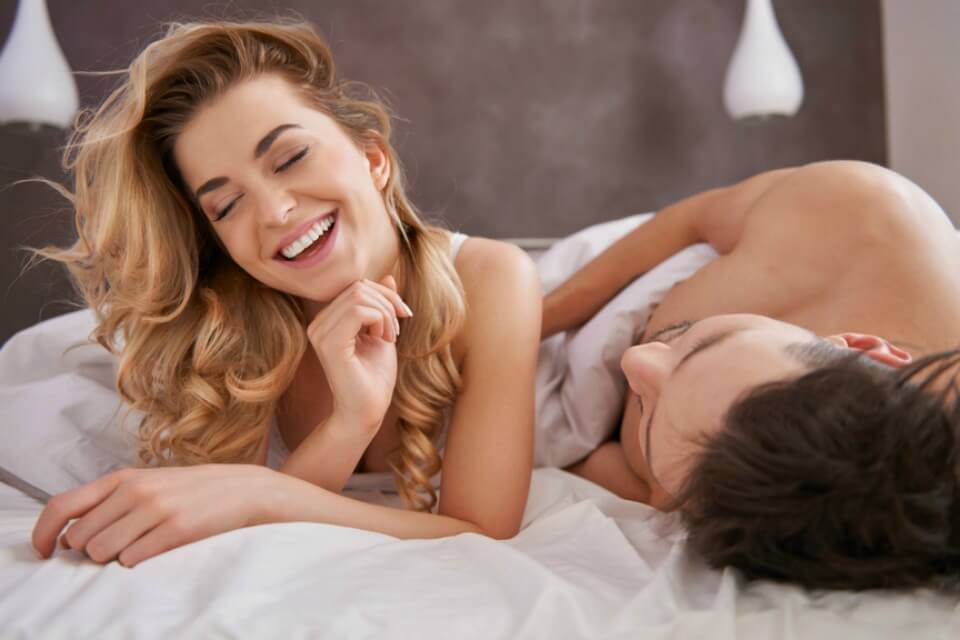 Having MORE sex linked to a delay in menopause

Researchers found that women who reported having sexual activity weekly were 28% less likely to have experienced menopause than those who had sex less than once a month.

Those that had sex monthly were 19% less likely to go through menopause that those who had sex more frequently.

The average age of women reaching menopause is between 48 and 52.

“The findings of our study suggest that if a woman is not having sex, and there is no chance of pregnancy, then the body ‘chooses’ not to invest in ovulation, as it would be pointless, says Megan Arnot, lead author of the study and a PhD candidate in evolutionary anthropology at University College London.

“If you’re not going to reproduce, there’s no point ovulating, you’re better off using that energy elsewhere,” say says.

How the study worked

The nearly 3,000 women who participated in the 10-year study were an average age of 45 when the study started, had two children on average, and were mostly married or in a relationship or living with their partner. Some 45% of the women experienced natural menopause at the age of 52.

None of the women had yet entered menopause, but 46% were in early peri-menopause and 54% were pre-menopausal (having regular cycles and showing no symptoms of peri-menopause or menopause).

In their analysis, the researchers ruled out factors that could have explained the association, including estrogen levels, education, body mass index (BMI), race, smoking habits and when a woman first started her period.

“The mechanism of the relationship between sex and menopause is a promising avenue for future research and could open the door on behavioural interventions,” Arnot said.

Professor Ruth Mace, who co-authored the study, said: ‘The menopause is, of course, an inevitability for women, and there is no behavioural intervention that will prevent reproductive cessation.

‘Nonetheless, these results are an initial indication that menopause timing may be adaptive in response to the likelihood of becoming pregnant.’

Do I have Perimenopause?

Many women start the transition to menopause from their early 40s.

Perimenopause lasts for three to four years, usually starting in the mid to late 40s. Some women may experience it for only a few months, but for others, it can start as early as the mid-30s.

A recent study found a third of women who consult with their GP about menopause symptoms are being offered anxiety and depression medications, despite the fact that 80 per cent of those women voiced concerns that the recommendation was “inappropriate.”

The findings revealed the link between symptoms and perimenopause taking an average of 14 months for women to identify.

Women can experience a range of symptoms during perimenopause, the most common symptoms include hot flashes, changes in mood and libido, as well as vaginal dryness and more painful intercourse, as well as anxiety and depression.

The mums only 5 star rated app with over 3k reviews.