Babies born in October are actually pretty special. They are even more likely to live to be a ripe old age and also be a strong leader. 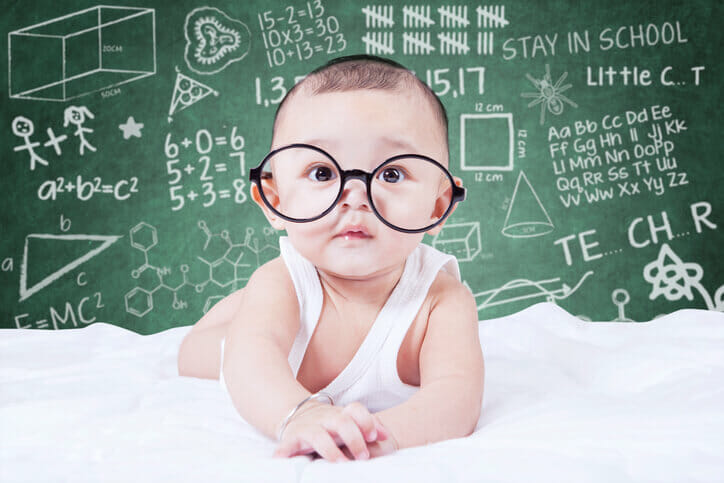 Why October babies are super special

Babies born in October are either Libras (born between September 24 and October 23) or Scorpios (October 24 to November 22).

Here’s what it might mean for your October baby’s personality:

Libra: Libra’s are known as peacemakers and have a strong need for justice. Finding harmony is a big part of a Libra’s makeup.

They put others before themselves and they make excellent diplomats, helping others to find common ground and resolve conflict. Libras also tend to be artistic and often go onto creative careers. While not necessarily social butterflies, they are most content when surrounded by trusted friends and family. As such, your Libra baby may be very attached and clingy throughout childhood, and your unconditional love is what will help their independence blossom in later years.

Scorpio: Scorpio’s are known to be calm and cool, as well as a bit mysterious. Part of the mystery comes from the simple fact that Scorpios can be fiercely independent.

They don’t need social circles to feel content or know which decisions to make: they prefer to go their own way. As such, Scorpios tend to attract more conflict than other zodiac signs. They aren’t afraid to voice their opinions and they tend to wear their heart on their sleeves. If you have multiple kids, you’ll probably notice that your October-born Scorpio expresses their emotions much differently (and with greater passion) than their siblings.

Those born in October have the choice of two birthstones: the opal and the tourmaline.

The birth flower is the calendula, commonly known as the marigold. Though common in gardens throughout the U.S., the calendula was used by Romans and Greeks in ritual ceremonies, early Catholic events, and Hindu decorations for deities. In many cultures, it is known for its healing properties

Why October babies are special

1. They’ll be good at sports

Research suggests October babies are more likely to be the sports stars. A 2014 study of stamina and strength in school kids found “October-born children were stronger than those born in all months except September and November.”

“With children born in the Northern Hemisphere, those born in autumn tend to have slightly bigger bone and muscle mass,” Dr. Gavin Sandercock, from the Centre for Sports and Exercise Science at Essex University told New York Magazine. “They start off with more muscle, become active earlier [and] then get involved in athletics sooner. It becomes a positive cycle.”

2. They have presidential potential

More U.S. presidents have been born in October compared to any other month.

3. They’re less likely to be born on the last day of the month

It seems there’s something about Halloween that keeps births from happening, according to Yale researchers, who suggests a mother’s subconscious might not want her baby to share their birthday with trick-or-treaters.

A study conducted by Yale University School of Public Health found that on Valentine’s Day — associated with positivity and love — there was a 3.6% increase in “spontaneous births.” On Halloween, there was actually a 5.3% decrease.

According to a 2011 study out of the University of Chicago, people born in October “have a significantly higher likelihood of survival to age 100 compared to individuals born in April.”

5. They have good mental health

Researchers have also linked October birthdays with a lower risk of suicide, indicating that babies born this month may be prone to good mental health.

Have you connected with us on our social media platforms with 2 million mums?

When women support each other incredible things happen. With 2 million like-minded mums who can offer daily support to the Healthy Mummy members our social footprint is LARGE! JOIN HERE